The founder of Oduduwa University in Ipetumodu via Ile-ife in Osun state, and one of Nigeria’s foremost educationist, Dr (Chief) Rahmon Adegoke Adedoyin has called on the federal government to abolish the Unified Tertiary Matriculation Examination(UTME) being organised by JAMB as means of securing admission by students in Nigeria to tertiary institutions. 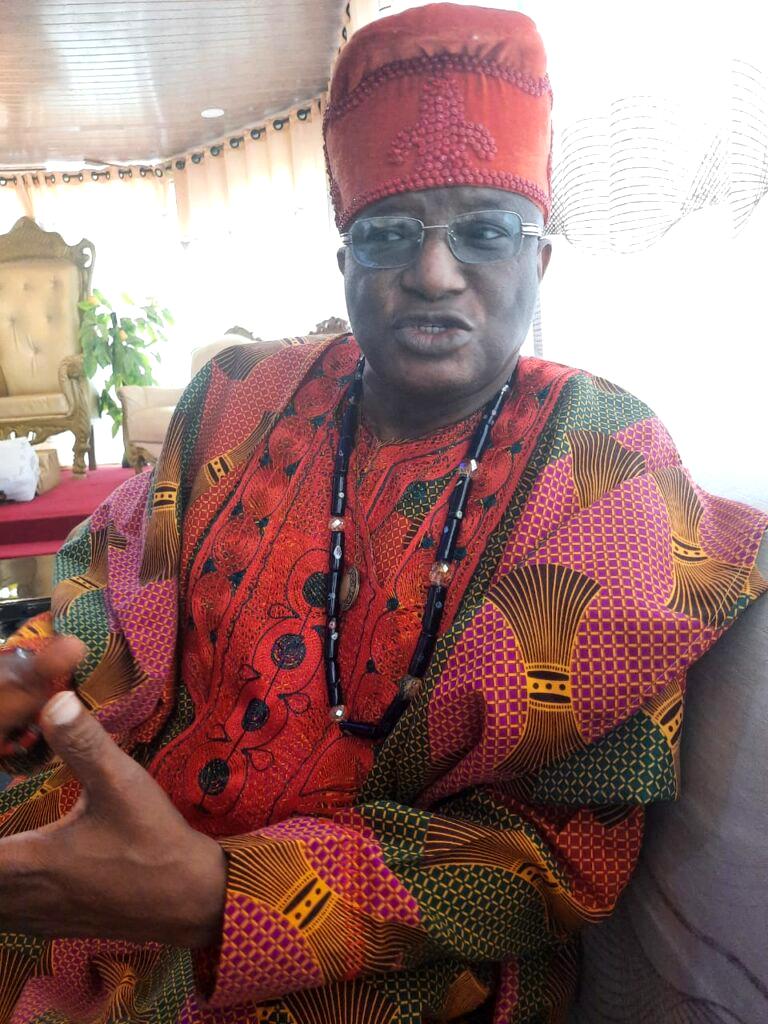 Adedoyin who is also Maye of Yoruba Kingdom speaking in an interview with Vanguard proposed that henceforth students should just upload their qualified data to JAMB which should post the students to institution of their choice based on the available quota of the institution.

He also said that the standard of education in Nigeria is not bad saying that,”it looks better that the way it was .

“Let WAEC, NECO and other examination bodies sanitise their systems so that their certificates can be seen to be truly genuine. Various Special Centers where some students are helped to make excellent grades they cannot defend have bastardised the system. “He said.

Speaking on the UTME cancellation he said,”As far as I’m concerned there is no need for any UTME entrance examination again. I have not said that they should cancel JAMB,it has a good role to play but for the exams, there is no need. There are institutions, they know what to take, isn’t it? you have Oduduwa University, you have the Polytechnics and the rest of them. The duty of JAMB as far as I’m concern is to transfer students to various institutions.”

Adedoyin explained,”Lets take it like this,, suppose we have 500 institutions in Nigeria and then we have one million students who have applied,each university,the Polytechnic ,colleges of education and others.

“Then you also have classification of federal and state government universities and private universities and the Polytechnics too,if you have gotten all these and the students wrote WASCE or NECO and they have their Five credits results. If having five credits is the requirement to be given admission in the university then the student is automatically qualified.

“Then the next thing is which institution have you chosen?then they put all the students in those institutions.

What is the quota?for example at Oduduwa University we can say we can take 200 students after we have taken the 200 students, what are we doing with the extra ones?we return that list of students to JAMB,JAMB again using their system will post students to other institutions where they are best needed even if the University or Polytechnic has not requested for them JAMB should post them to those places where they feel this institution hasn’t got its own quota filled.

So if you send all of them to all these institutions,and then they keep doing that from time to time within the admission period”

He also said,”Every Nigerian,whether you like it or not prefer to go to a university,so definitely the universities must have taken their own infact that is the trend.

Its when they have not gotten opportunities in all these places that students will now think of the Polytechnic. After they have tried and they couldn’t get admission in the Polytechnics then they now look for the last resort which is College of Education whether private or government. “

The business mogul said his proposal is in tandem with the operating sound and high standard of education in Ghana and United States of America (USA) among others where he also has institutions.

He said,”In Ghana they don’t do what JAMB is doing in Nigeria I have a school there and their education is of high standard,also in the United States of America too they don’t do UTME examination they just post students to institutions.

I think what they have in US is University Admissions Processing Center or something so all the students will just apply there and the center will place students in various institutions.”

He however said that based on the peculiarity of Nigeria,the federal government can make the candidates to pay stipend to JAMB before uploading their data while individual university should also conduct entrance examination for candidates posted to it by JAMB without charging them.

Adedoyin posited that by canceling the UTME examination the private universities and institutions which spend huge amount of money on advertiment to source for students won’t need to do so again,” there will be no need for any institutions to put any advertisement in the newspaper again.”

He added,”JAMB is a multiple choice exam,what’s the quality in that one?Is it not Eyi je,eyi o je? Meaning gambling. So they are just wasting time.Just post the students so that we don’t need to advertise again.

We advertise all the time so that we can get students and its a serious issue because all private schools advertise whereas the federal government universities and Polytechnics just sit back because they know that everyone wants to go to federal government owned institutions.”

So the candidate best bet now is federal University.

“So,let JAMB post students to institutions without examination and when they get to the school let the individual institution conduct their own entrance examination.

By the time you conduct your own examination you will be very sure whether the quality you wanted is what you have seen or not.

“Even if the candidate gets A1 in all subjects and after conducting the examination you see that the person doesn’t worth having F9 in all the subjects you politely reject such candidate. “