The Joint Admissions and Matriculation Board (JAMB) has expressed concern as over 80 per cent of problems encountered by prospective candidates in the registration for this year’s Unified Tertiary Matriculation (UTME) Examination and Direct Entry (DE) are self-created by the students. 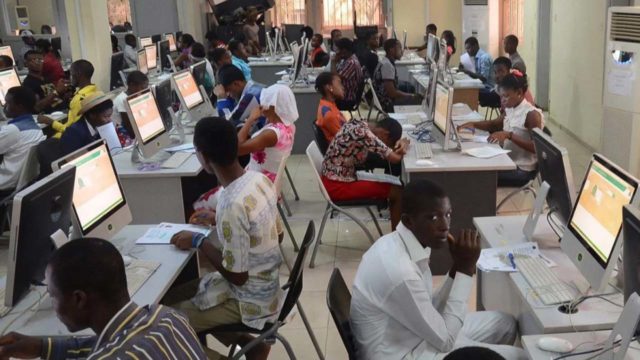 This was revealed during a monitoring exercise for some prospective candidates, who were unable to register for the exam during the normal registration window that ended on 29 May 2021.

The monitoring exercise, which allows prospective candidates to fill and submit a form on the challenge(s) that prevented them from registering for the exam before now, is to enable the exam body to clear those with genuine cases for this year’s exam after following the required registration process.

But a visit to some of the centres in Kogo-Bwari and Garki-2, Abuja, which are playing host to the exercise in the Federal Capital Territory, revealed that almost all the students that blamed “JAMB’s system” for the challenges they encountered were actually the architects of their own registration’s misfortune.

While the affected prospective candidates had blamed their challenges on their inability to secure e-pin or generate profile code on time, findings revealed that almost all of those interviewed failed to follow stipulated registration procedures as announced by the exam body.

A candidate, Emmanuel Ojo, who admitted to his mistake, when a JAMB official accessed his information on the exam body system to unravel why he was having issues generating a pin, said he only sent his National Identification Number without indicating NIN on it while another said he erroneously added double space when sending his personal details to the registration code.

Hafsat Ahmed, a DE prospective candidate, said she tried severally to generate e-pin but didn’t succeed on time. But an official of JAMB also proved to her that the fault was from her.

“I have been trying to get the profile code but it was not coming, when I finally got it on 27 May 2021, I was told that the e-pin was not available,” she said.

A UTME would-be candidate, Abraham Williams, said he also tried severally to get the profile code, saying he was probably not following the required format for him not to get it on time.

It was observed that the issue that led to the registration challenges faced by many of the prospective candidates that trooped out for the exercise were mainly due to the use of double space in sending messages for profile code generation, name not matched with the one in NIMC, phone number already used by another candidate, insufficient balance to generate profile code that cost N50, among others.

Reacting to the development, the registrar of JAMB, Professor Ishaq Oloyede, expressed concern that many of the candidates failed to follow simple instructions on the registration process as put in place by the Board, adding that over 80percent of the challenges encountered were self-created by the candidates.

“Many of them were sending wrong things and commands for NIN, making NIMC unable to verify such numbers.

“The problems are self-created by the candidates, you are sending messages for a profile code and no credit of N50.

“The exercise is for people to come and defend their claim on the challenges (they have with registration), those who claimed not to have NIN or obtained NIN late,” Oloyede said.