Rain of tributes as Chisom, who got A1 in seven subjects, is buried today

Rain of tributes as Chisom, who got A1 in seven subjects, is buried today 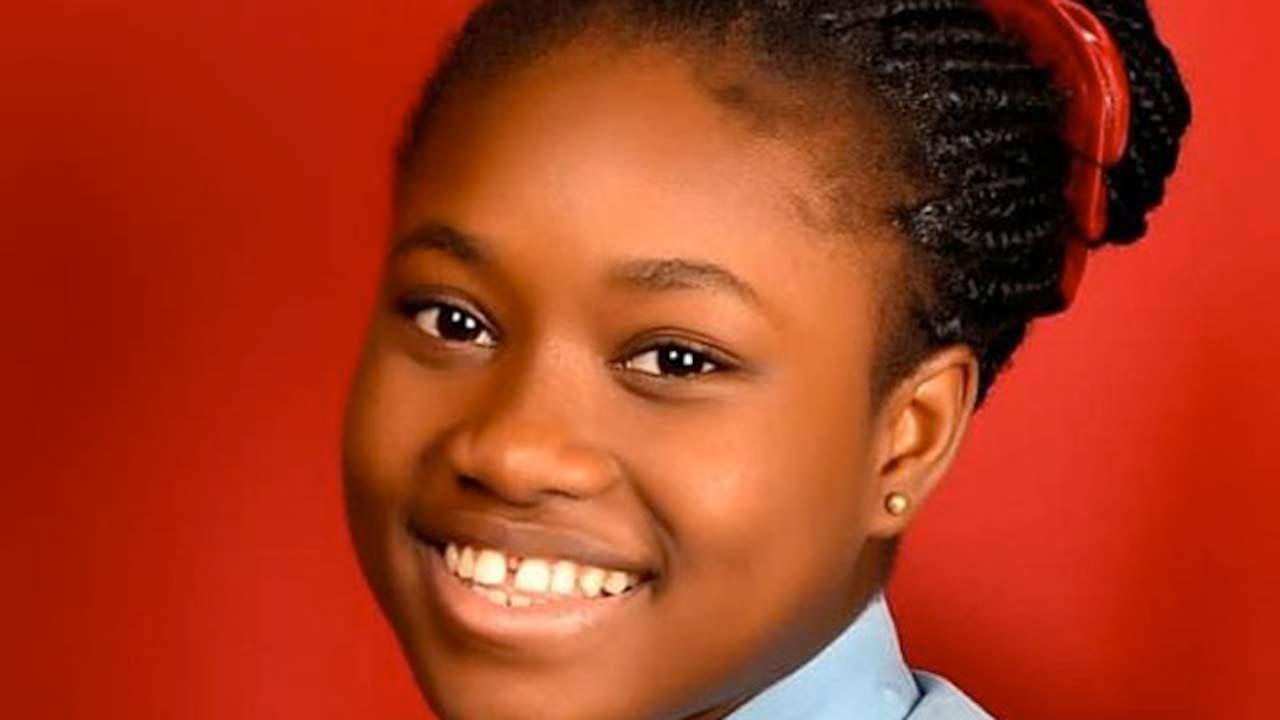 Get all Breaking News for Post-UTME,Admission List,JAMB,WAEC,NECO and Schools Resumption Date on your whatsApp Status Now - Click Links to Join

Tributes poured in torrents on Sunday night for 17-year-old Chisom Chukwuneke as sympathisers, friends, classmates and relations gathered in Enugu State for a ‘Service of Songs’ organised in her honour.

It was a solemn moment laced with grief as sympathisers took turns to mourn Chisom, who scored straight seven A1 in the 2019 West African Senior School Certificate Examination (WASSCE) and emerged the best student from her school, Graceland College, Enugu.

Chisom, who will be buried today, December 1, in Okpuno village, Umuogali, Oba, Idemili South local government area of Anambra State, died in an hospital in South Africa, where she was receiving treatment.

Her devastated father, Prof Felix Chukwuneke, in a moving tribute, had described his daughter as “exceptionally brilliant”, noting that she wanted to study medicine, following the ugly healthcare situation in Nigeria as well as the inability of poor citizens to access quality medical services.

Chukwuneke narrated how his daughter spent 308 days at the hospital in the battle against Leukemia that eventually claimed her life in October, this year.

Describing her death, however, as “glorious”, he said that throughout their stay in the hospital, his daughter kept comforting him that she knew she would make it.

He said: “Chisom has brought people around. She has brought even the international community about our healthcare situation in Nigeria. Her problem started on February 6, 2019. It came two weeks before her mock examination but she was not deterred by the sickness. She wrote the exams and succeeded.

“I will say that God has brought her for this purpose. She took her mock exams and later her WASSCE and succeeded. The day she went for her Further Maths, she came back and told me she was sleeping and writing. I take solace in the fact that she died a glorious death.

“Though painful that after 308 days in the hospital, it could happen. Her last words to me was that ‘dad you have tried’ and I told her ‘I brought her to the world, I will do my best to keep her alive.’

“She knew basically all the drugs used in the treatment of cancer at that age and even the professors who attended to her marveled at her brilliance. Chisom’s desire was for poor persons to have access to healthcare, especially for cancer and we have established a foundation in her honour.”

Chisom’s younger and only sister, Chiamaka, in her tribute, said: “She taught me that no matter how good the situation may be, this life is vanity and that everyone will die someday. She kept comforting us that even if she did not make it, she was contented she has played her role.”

In a sermon, Rev Azubuike Okeke had asked family and friends to take solace in the fact that Chisom died well and had fulfilled her mission on earth. Quoting profusely some portions of the Bible, he asked the family to be comforted and rejoice that Chisom’s death was not in vain.

Do you have questions to ask? Kindly leave a comment below so our voices will be heard. Please Click Here REGISTER to Enable the Comment Button.

God first them everything follows