The U.S. government says its universities admit about 13,000 Nigerians every year. 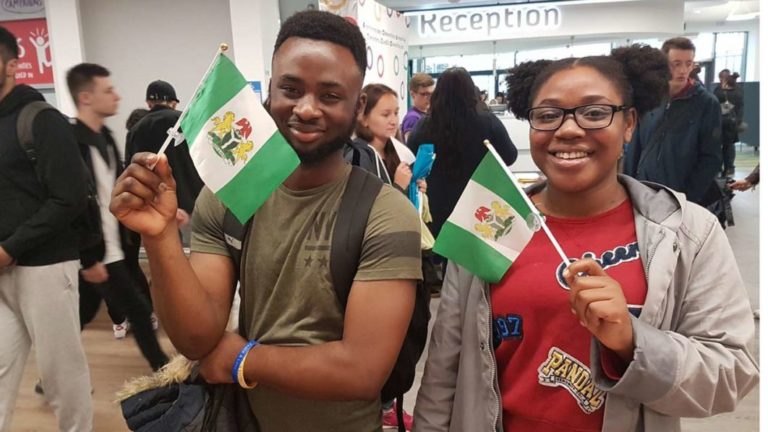 Stephen Ibelli, spokesman for the U.S. consulate general in Lagos disclosed this during the launch of the ‘Windows on America’ Hub at the Nnamdi Azikiwe University, Awka, on Tuesday.

He described Nigerians as one of the most dominant immigrant groups in the U.S.

“’Windows on America’ are free spaces that offer services to students to learn about how to study in the United States and how to apply for scholarships to study abroad,” said Mr Ibelli.

He added, “The hub will help to promote mutual understanding between the U.S. and great youths of Nigeria to access information about the country, its government, history, culture, and education system.

“We have about 13,000 Nigerians admitted to study in the U.S. yearly. This shows that both nations share diverse cultural uniqueness.”

Mr Ibelli, who said the programmes offered at the hub would be free of charge for all interested youths, urged them to take advantage of the platform and resources provided to develop themselves.

He appreciated the university management for the partnership and for their efforts which he said culminated in setting up the hub.

In his remarks, the Vice-Chancellor of NAU, Okechukwu Esimone, recalled that the plans for establishing the hub at the university began in December 2018.

However, Prof Esimone said the Memorandum of Understanding between the American embassy and the university was signed in July 2020.

“The present public affairs officer (of the U.S. consulate general in Lagos) has pursued the actualisation of the project with admirable gusto.

“The Awka Windows on America, being a resource and training centre, would, without doubt, be a huge asset to the staff and students of the university,” he said.